Our experts will reply you very soon.

Amazing Features And Benefits Which You Derive From LED Profile Lights 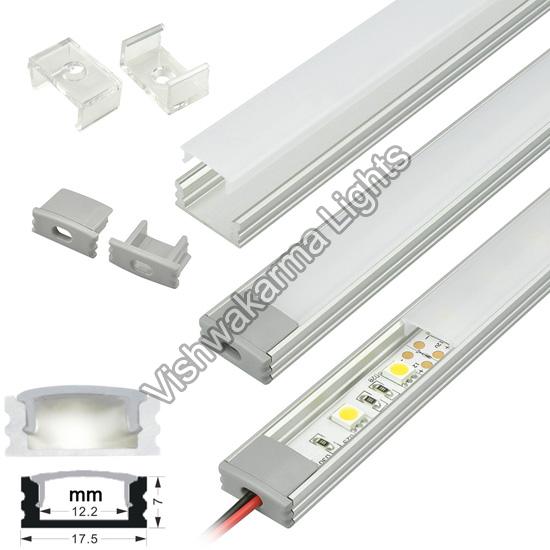 LED tape, and as we all know, can be used on its own because it can adhere to practically any surface. There are, nevertheless, several compelling reasons to integrate your LED strip from Profile LED Lights Exporters, lights into an LED profile.

A white diffuser, when combined with increased output LED tape, such as our 300 diodes per metre single colour led strip light, provides a steady dot-free reflection. This is especially beneficial when lighting a surface that is extremely reflective, such as tiles or countertops.


The wide range of profile designs available enables you to create effects that would be impossible to achieve with standard lighting. Profiles are entirely customizable and can be as small or as lengthy as the design calls for.


Although LEDs produce little heat, a profile collects surplus heat and directs it away from the diode. Excessive heat can damage the LED, resulting in a considerable reduction in the overall average lifespan.


Using a profile ensures that the lighting would continue to appear the same.


You'll agree that going back to work months later and seeing the LED strip lights hanging off from where they were originally installed is the last thing we want to see.

This typically occurs when the surface to which you're sticking isn't fully dust-free.


An aluminium profile depends on hand-fitting - it will eliminate these problems!


When contrasted to using LED strip lights on their own, a led profile produces a significantly better-finished effect, especially when combined with a white diffuser. The quality of the appearance is critical, particularly when the light could be seen.

The diffuser on the profile helps in protecting diodes on the LED tape, which is especially important when it comes to cleaning. When the diodes are enclosed in a sleek profile, you have no opportunity of catching them with your duster!


It is quite simple to install a profile; simply insert the LED strip light further into the aluminium profile.


By adopting an angled or round profile - the light could be redirected to the area where it has the greatest effect - you have more flexibility than simply adhering to a level surface.


Reasons to use an LED profile:

Every traditional lighting system from Profile LED Lights Exporters, emits light in a 360° circle all-around the light source. This implies that if you want the light to brighten a certain region, you'll need to buy attachments to channel or deflect the light.


If you don't utilize something to reflect or deflect the light, you'll waste energy illuminating regions that don't need it, resulting in greater energy expenses.

This entry was posted on February, 16, 2022 at 17 : 51 pm and is filed under LED Tube Lights. You can follow any responses to this entry through the RSS 2.0 feed. You can leave a response from your own site.